Here’s How You Do It…

We are all creatures of habit. Sometimes we try to shuck those tendencies—give up smoking, be fitter, become a better friend, learn how to write a bestseller. Sometimes it seems we are offered, if not a miracle cure, then an easy way through. No-one is immune to the temptations of inside information that might reveal a shortcut to that important goal. Now I want to look at some of those pearls of wisdom, but first a little intro.

An SA Writers Centre road-show visit to Moonta on the Yorke Peninsula offered a range of activities, and they all focused on what we read and how we write. The morning included a panel session on ‘Books I Loved and Books I Hated’, and another on ‘Tips for Writing and Publishing’, while the afternoon (after suitable recharging with locally baked 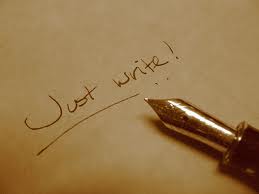 Cornish pasties) was given over to concurrent workshop sessions on writing either poetry or short stories, or on self-publishing.

Those morning talks and some lively audience input offered a great opportunity to revisit some of the maxims that are trotted out whenever writers are asked to advise others. Mind you, some writers don’t need much encouragement to do that.

The essayist Hazlitt famously said, ‘The conversation of authors is not so good as might be imagined; but, such as it is … it is much better than

any other’. I hope he was right. Anyway, when it came to my turn, I trotted out the following, though somewhat more elegantly than recorded here, of course (well I tried):

3.  Love your writing but make it tough love, with a willingness to edit hard.

5.  Seek feedback, but not from your mother or friends.

6.  Join the SA Writers Centre or its local equivalent—or, preferably, both.

7.  Be persistent; whether it relates to your writing tasks or submitting to publishers, or anything else in your writing world.

Some years ago, I co-wrote a long article for TEXT: Journal of Writing and Writing Courses that was entitled ‘How to Write a “How to Write” Book’. That task involved reading a lot of books that set out to help writers find a productive way through the often fraught process of getting their work before readers and, by implication, a publisher. The article had to be a little tongue-in-cheek, too, since it seemed that when some writers had achieved a certain amount of public attention, it was almost inevitable that they would capitalise on it with a book of this kind. It was a little disappointing in a way that writers in the giddy heights of their success would stoop from their lofty craft and explain it to mere mortals, even for money, but all the better for us, no?

The admirable Dr Johnson once said that we’re likely to be disappointed if we go looking for the human being behind the writer, because what you would find is that, ‘the bubble that sparkled before them has become common water at the touch; the phantom of perfection has vanished when they wished to press it to their bosom’. When you look at what writers recommend you do get some strikingly similar advice, but you also get a lot of differences and the odd cranky retort.

They have favourite literary medicines and exercise regimes that they prescribe for the hopeful, though some would rather that you did not ask at all. Writers reveal themselves as less than godly, thank goodness. Well, what do the more sociable among them suggest? After the trip to Moonta, I looked at an article in The Guardian newspaper in the UK, which had approached some 30 writers with that aim in mind. Here is what I culled from the authors’ responses via my own biased filter, and in no particular order:

•   Have more than one project on the go

•   Stay away from the Internet while writing

Of course there was more. There were erudite and focused comments alert to the nuances of the writer’s life, and even to domestic politics. Elmore Leonard is on record with quite a list of suggestions, some cantankerous and all pithy. At the end, he reckons that one rule overrules all: ‘If it sounds like writing, I rewrite it.’ A bit cranky or just common sense? Responding to a request for his top tips, Philip Pullman said, ‘My main rule is to say no to things like this, which tempt me away from my proper work.’ Helen Simpson’s advice, in what I like to think was a little more kindly mood, was to simply, ‘Shut up and get on with it.’

After you have digested all of this, you might be pleased to hear that in the acknowledgment pages of her novel, Primavera, or The Time of Your Life, author Giulia Giuffre thanks David Malouf for telling her not to worry about categorising what she was writing but just to write.

So, maybe the one message that we should all have on the post-it note stuck to our computer screen (or foreheads) is, after all, ‘Just write.’

Steve Evans is a regular reviewer of a wide range of classical, pop and rock performances, both live and recorded, and of books in poetry, fiction and nonfiction genres. He teaches Creative Writing and Literature at Flinders University, conducts writing workshops, is a mentor in poetry and prose (from short fiction to novels, and nonfiction), edits texts of various genres, is the author and editor of 11 books, and has won numerous prizes including the Barbara Hanrahan Fellowship.

This article was originally published in Southern Write in June 2011 and has been republished with the permission of the author.