Conflict: The Spice of Romantic Fiction 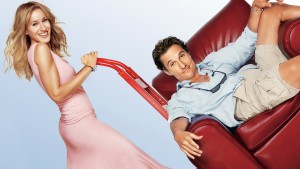 In real life we all want a smooth ride in our relationships: endless sunshine and rainbows from the day your gazes first lock and he/she asks what your poison is. Drama is best kept for that thing you watch when you’ve had a hard day at the office and just want to slump on the couch.

But endless sunshine and rainbows is the death-knell of romantic fiction, at least until the last page or those happy moments in between when the characters need a bit of a breather.

To keep readers turning the pages you need that all important ingredient: conflict. Opposing goals that’ll keep them apart, at least emotionally, even if they’re physically thrown together.

And there are two kinds of conflict a heroine and hero need – internal and external.

Kate Walker in her book 12 Point Guide to Writing Romance describes each as follows:

‘External conflict is when something or someone outside of the central characters causes the problem that keeps them apart. It is a series of events or obstacles outside themselves which they have to overcome in order to achieve their happy-ever-after ending… War is a good example of external conflict.

Internal conflict arises from a character’s personality, beliefs and life, and affects their reactions to the other person. It is usually emotional in origin and is resolved by the characters learning more about each other or themselves and discarding inappropriate beliefs.’

Let’s look at the 2006 romantic comedy film, Failure to Launch, starring Sarah Jessica Parker and Matthew McConaughey, as an example, because, okay, I’m a Sex and the City fan.

The premise – straight from Wikipedia – is that a young man (McConaughey) continues to live at the home of his parents who, in desperation to push him out of the nest once and for all, hatch a plan. They hire a beautiful woman (Parker) to entice him to assume the mantle of responsibility and get his own place.

The external conflict for Parker’s character is her occupation as a relationships expert and McConaughey’s parents hiring her to do the dirty on him. McConaughey’s character – Tripp – is a client, so falling in love with him would be a professional no-no, plus she has to lie to him. Her internal conflict is that she once had her heart broken by a man who lived with his parents, which is why she has barriers around her heart when it comes to Tripp.

McConaughey’s external conflict is the same as Parker’s but in reverse – he’s the ‘victim’. His internal conflict is his life collapsed when his fiancée suddenly died and his family has been his source of solace ever since, hence why he’s determined to stay put, right where he is.

Want to learn more tricks of the trade? Join me at my Writing RomCom workshop at the lovely SA Writers Centre on Valentine’s Day, February 14! Love to see you there!

Carla Caruso is an Adelaide romantic comedy author published by Penguin and HarperCollins. Previously she worked as a newspaper and magazine journalist and fashion stylist. Some of her titles include Catch of the Day, A Pretty Mess, Second Chance and Cityglitter. She made the top 21 in Mills & Boon’s international New Voices competition and is a co-editor of the Romance Writers of Australia’s monthly magazine.