Since mid 2012, we have run a successful Writer in Residence program, where we offer a local emerging writer a significant opportunity to engage in their designated major project whilst being based at Writers SA. Each Writer in Residence is provided with a dedicated writing space, access to resources, plus a number of other benefits, including promotional opportunities and the unique opportunity of contributing to our professional development program, whilst contributing to developing the writing community.

All of our previous writers in residence have undertaken significant amounts of work, completing their intended writing goals and most of them have even achieved a publication or performance outcome.

Our Writers in Residence 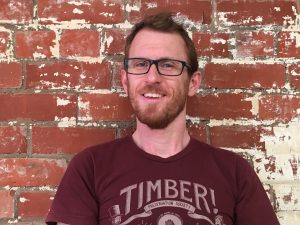 Owen Heitmann is an award-winning South Australian comic creator who is interested in the medium’s ability to tell stories beyond the superhero genre with which it is often closely associated. His short stories have been published in comics anthologies and literary magazines in the US, Canada and Australia. During his time as writer-in-residence at SA Writers Centre he will be working on his debut full-length graphic novel: a YA romantic comedy called First Dates, Incorporated. Owen began writing this work-in-progress in 2016 with the support of an Independent Makers and Presenters Project Grant through Arts SA. END_OF_DOCUMENT_TOKEN_TO_BE_REPLACED

Tracy Crisp returned a year ago to Adelaide after many years in Abu Dhabi with her young family, and now works as a funeral director. This year she will be launching her new business, Vivimento, offering independent and alternative celebrancy and planning services. She will also be expanding the sales of her hand-printed cards, aprons and tea towels which […]

Liana Skrzypczak is an Adelaide-based science fiction and fantasy writer with a background in education and creative arts. Her interest in writing began with an obsession with the dramatic arts and the process of interpreting and performing texts to an audience. From this spurned her love for writing and the […]

Writer in Residence: July – September Caroline  is an Adelaide based writer who emigrated from Wales with her family in the seventies and grew up in the gold-mining town of Kalgoorlie. Consequently, themes of isolation, identity, and belonging frequently appear in her work. After graduating with a Bachelor of Arts […]

Katie Spain is the editor of city guide Broadsheet Adelaide. She also pens features for Newstyle Media, loves to natter on 5AA Radio and until recently, earned a crust as staff writer for News Corp’s SA Weekend Magazine, The Advertiser and Sunday Mail. She eats and drinks (a lot) and […]

Our first Writer in Residence for 2016 is Dean Mayes, who is an author from Adelaide as well as an intensive care nurse. Dean has been writing since 2008 and has published his first novel The Hambledown Dream in 2010 (Central Avenue Publishing).  His second novel Gifts of the Peramangk […]

Susan Murphy is a marriage celebrant, Justice of the Peace, professional development trainer and social media addict. She is currently a third year Bachelor of Writing and Creative Communications student at the University of South Australia. Her major is Adult and Community Education. Susan has worked for the South Australian […]

April – June As a writer and filmmaker, Aimee is deeply passionate about non-fiction and documentary disciplines. She digs gender equality, sexual diversity, multiculturalism and good mental health. She froths for pop culture comment, travel writing, TV recaps and all things kawaii. After paying her dues in a DVD store, […]

Jan – Mar, 2015 Lou is a nonfiction writer who focuses on memoir, reviews and personal essays about women and pop culture. She likes to deconstruct gender and gender roles; to explore how cultural expectations influence individual lives. In the past twelve months, she’s written for The Big Issue, Spook […]

Raelke Grimmer is a writer and linguist. She graduated from a Bachelor of Creative Arts in Creative Writing at Flinders University in 2011 and completed her Master of Arts in Applied Linguistics at the University of Adelaide in 2013. Raelke wrote her first picture book, What in the World?, for […]

August – September 2012 Lilliana Rose has lived on a farm, played with DNA, taught science and travelled, which has fed her imagination and spurred her to write. Her poetry and short stories are spreading wings around the world. For more information on Lilliana, please go to www.lillianarose.com Lilliana’s article […]

May-July 2014 Rose Hartley is a freelance copywriter and an emerging creative writer from the Adelaide Hills. After moving to Melbourne in 2003 to complete her undergraduate degree in Creative Arts (creative writing major) at the University of Melbourne, she worked first as a feature writer for trade magazines and […] 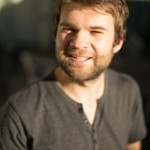 Piri Eddy is a writer, actor, musician and comedian. Having recently graduated with first class honours in creative writing at Flinders University, Piri has had several works published online, including short fiction and reviews for both book and theatre. He has worked extensively in local theatre as a performer and […] 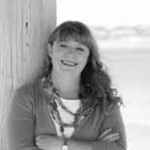 Victoria Purman writes contemporary romance fiction set on the south coast of her home state of South Australia, a place she knows well and loves beyond compare. She has signed a three book contract with Harlequin Australia and the first book in her Boys of Summer trilogy – entitled Nobody […]

Ben is the has Bachelor of Arts with a major in drama from Flinders University and completed his honours in 2010. The following year, he graduated from the Adelaide Centre for the Arts’ Advanced Diploma of Professional Writing. He has both written and performed for much of his life. As […]

Edoardo graduated with a Bachelor of Media Arts degree from the University of South Australia (UniSA) in August 2012. He majored in Film and TV production and minored in Creative Writing. He achieved a High Distinction average in his degree. Edoardo’s academic achievements include: being chosen as the recipient of […]

Ianto is the former founding director of Format and ex CEO of Renew Adelaide and during 2007 Ianto co directed the 2007 Newcastle Zine and Independent Press Fair. As part of his residency with the SA Writers Centre, Ianto has kindly offered to exhibit his extensive zine collection at the […]