Last year we began a series of blog posts highlighting new book releases from the Writers SA member community. The response was so positive that we’ve decided to expand our monthly posts to include writing successes of all kinds, from new book releases to prizes, fellowships and residencies to other publishing wins.

Join us in congratulating our community for their recent successes! Are you a Writers SA member who has celebrated a writing achievement recently? Fill out this form to be included in our next feature. In 2019, Writers SA awarded Poppy Nwosu the Writers SA Fellowship residency at Varuna the National Writers House, where Poppy completed the first full draft of her novel Road Tripping with Pearl Nash—which is now published and available to buy at Wakefield Press.  View and buy here. Robert Horne has been included in the longlist of nine, out of over 130 entrants, for the ARA Historical Novel Prize 2021. This is Australia’s richest genre fiction award, with total prize money of $100,000. Horne’s book, The Glass Harpoon (Ginninderra Press)is up against Kate Grenville, Gail Jones, and others for the shortlist. Good luck, Robert! 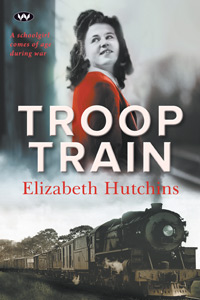 Elizabeth Hutchins’ new novel Troop Train, featuring life in Adelaide and the Hills during WW2, is for both adults and young adults. A 5-star review (Advertiser 14/8/21) describes it as ‘dense with brilliantly local interest, emotion, entertainment and well-researched historical fact’. Available here. 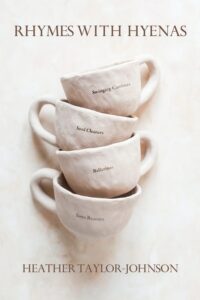 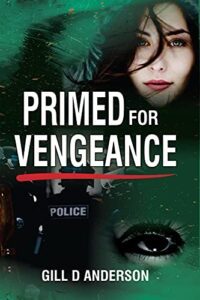 Deb Stewart edited an anthology of close to a hundred poems by over sixty poets who will take you all over the city of Adelaide – from Elder Park to Whitmore Square, Rundle Mall to South Terrace, the Botanic Gardens to North Adelaide and many places in between. Buy here. Jade Wildy/Deadset Press and Aussie Speculative Fiction Group are launching a new anthology. Featuring several Australian authors, the ‘Stories of Survival’ charity anthology is now available for pre-order! This collection is inspired by and dedicated to the legacy of Aiki Flinthart, and all proceeds will be going to Melanoma Institute Australia. Pre-order here. Michelle Prak‘s short story ‘Pay Day’ is in the latest edition of Westerly magazine.  Michelle’s story ‘Holden’ is on the shortlist for the Furphy Literary Award. Bronwyn Stuart‘s Show Me How is out now. When sex therapist, Ebony Black, is asked to contribute to a how-to book, she knows it will do great things to her career if she says yes. Her chapter is ‘Doing it Outdoors’, tips, traps and advice. The book is called How to Have Adventurous Sex and Enjoy the Thrill of the Ride.

There’s just one hitch though. She’s never had sex under the stars, on a beach or boat or garden. So focused on her career, she’s never even particularly enjoyed the thrill of any ride. With a medical convention right around the corner on a sunny tropical island, Ebony has to rectify her lack of knowledge before anyone finds out what a fraud she really is and who better than another sex therapist to show her how it’s done?

Baden Thomas is sick of his life in Hollywood, sick of stuffy medical types and fake wannabes. He wants to ditch his practice in the States and head home to Australia but in order to do that, he has to network his butt off and impress all the right people. Things take a turn for the better when gorgeous Ebony throws him a proposition he’d be a fool to say yes to and an idiot to say no. He can network his days away and teach her spontaneity by night. Reece Pocock‘s crime thriller The Killing Men is out now. In this crime thriller, a killer is on the loose. A task force headed by Detective Sergeant Dan Brennan is on the case to solve the mystery. All the victims are criminals; murderers, rapists, drug runners and crooked cops, all previously set free by the authorities. Buy here. Tina Namow recently released I Won’t Settle for Less which was placed on the bestsellers shelf at ReadeBooks in Rundle Mall. Tina will be interviewed by Peter Goers on September 8th. Her book is available at Dymocks Glenelg and online. 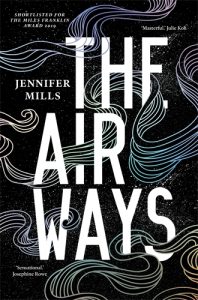 Jennifer Mills’ new book The Airways will be in bookshops from August 1, for more information, including pre-orders, head here.

Lyn Dickens has been awarded a 2021 Write It Fellowship by Penguin Random House for her novel-in-progress, Intertidal, which she is writing at the University of Adelaide’s Department of English and Creative Writing and the JM Coetzee Centre for Creative Practice. Find out more here. Tina Namow recently launched her book at the Vitalstatistix Theatre Company. Self-published with Green Hill publishers, Tina is a new author who has written her life story. Find out more and purchase the book here. Rebecca Freeborn’s novel The Favour was published on 4 May. Old friends Hannah and Quinn have grown apart over the years. But their friendship hangs together because of a terrible secret they share from their university days – a debt Hannah owes Quinn that they can never discuss. How far would you go to repay a debt? Buy here. 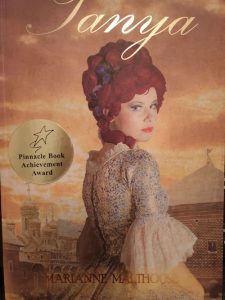 Marianne Lowe/Malthouse’s novel Tanya won first prize in the historical section of the Pinnacle Book Achievement Award in the USA. Tanya is her third published novel, released in the UK last year by Austin Macauley. It was previously self-published in 2016. Marianne has also self-published her fourth novel, Milady Disdain. Buy here. 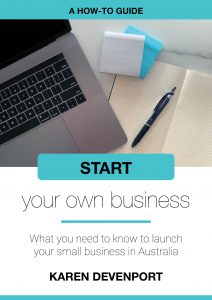 Karen Devenport has published her first ebook, Start Your Own Business. Got a great idea for a business but don’t know where to begin? You’ll learn the basics, from different business structures, to copyright, to taxation, so you can focus on the work you love doing. 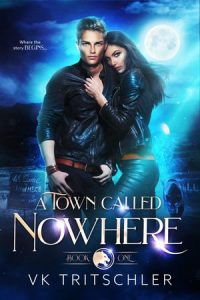 VK Tritschler launched her latest book A Town Called Nowhere via the SALT Festival recently. It’s a paranormal were-panther romance set in rural Australia. Tritschler got the idea from learning about the mythology of big cats roaming Australia. Now available in paperback or ebook via a range of stores. 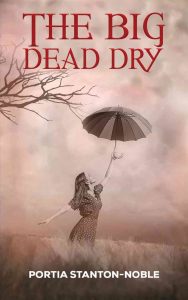 Portia Stanton-Noble has launched her novel The Big Dead Dry (Austin MaCauley). It is available from the following websites: Amazon, Booktopia, Dymocks, Angus & Robertson, Book Depository, Ebay and others. Victor Marshall has written a bio and released a 3CD set for the band ‘Fraternity’, who had some of Australia’s greatest musicians including Bon Scott and Jimmy Barnes. Included are unheard recordings and photos. The book was launched 18th March at Thebarton Theatre and will be officially released in stores this August, view on Amazon here. Bronwyn Stuart’s third installment of her Downunder Ink trilogy releases 2nd April for those who like their romance on the dark, hot and naughty side. Byron James-Adams recently launched his new novel ‘One Jaded Rose’, at the Thebarton Community Centre on the 7th February, and in Brisbane at the Brisbane City Library on the 14th February. Around 70 excited readers in attendance! Check out www.jamesbyronbooks.com. 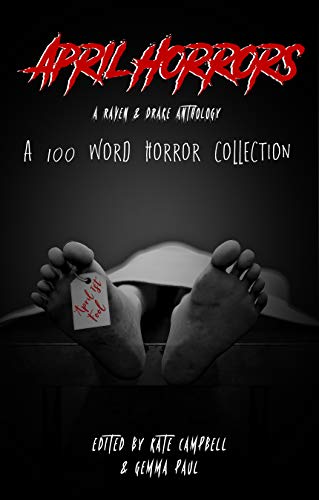 Jade Wildy has had two of short stories included in ‘April Horrors,’ a new anthology from UK indie publisher Raven and Drake Publishing, due for release on 17th March. Buy here.

Robert Horne is launching his latest novel The Glass Harpoon at the Metropolitan Hotel, Grote Street, Adelaide on Saturday, 27 March at 2.30pm. This novel is set in SA in the 1840s and tackles the relationship of settlers with the Kaurna people and the law of Westminster. All welcome. 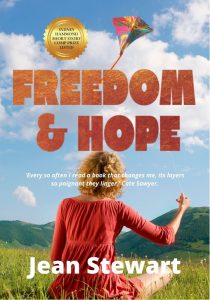 After entering the Sydney Hammond Short Story Competition last year with her story being included in the top 40 of an anthology called Reset (recently published), Jean Stewart will be publishing a vignette of ten short stories to be published in March 2021. View here.

Roger Monk has just published a new book of short stories, ‘On The Job’; satirical and humorous short stories about people working, or not. Buy here.

Lyn Dickens’ short story, ‘Partir,’ was published in the New York-based journal Litbreak. This story is part of a larger novel-in-progress that explores mixed race Asian identity at the start of South Australian settlement. Read here. 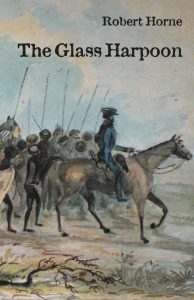