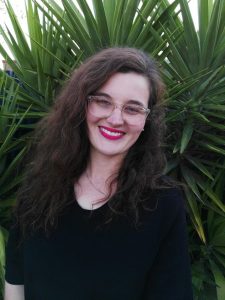 We partnered with Varuna the National Writers’ House to give one young South Australian writer a new residency and development fellowship. Poppy will be spending a week in the Blue Mountains, working and developing her craft, as well as benefiting from expert consultation and attending the Blue Mountains Festival.

Poppy Nwosu is an published YA author. Her debut novel, Making Friends with Alice Dyson, was shortlisted for the 2018 Adelaide festival Unpublished Manuscript Award, and shortlisted for the Readings Young Adult Book Prize 2019. Growing up in central North Queensland, Poppy enjoyed a thoroughly wild childhood surrounded by rainforest and cane fields. After studying music at university, she moved overseas to Ireland, where she spent two years visiting stunning Europe. These days Poppy and her husband still love to travel, but they also like to come home again to their house in Adelaide near the sea.

Ahead of Poppy’s time at Varuna, we asked her a few questions about her work, her aspirations, and the writing life.

Writers SA: What is the first book that made you cry?

Poppy Nwosu: Probably that would be the Animorphs series by K.A. Applegate. I was OBSESSED with that series growing up and owned every single book (and there is a LOT of books). I adored them all, that is until I read the final book in the series, which had such a shockingly sad ending that I cried for days and promptly gave my entire Animorphs collection away to an op shop. I still regret it to this day. They were really special books for me growing up and I wish I still owned them.

I also have a really strong memory of finishing Melina Marchetta’s On The Jellicoe Road and just lying bawling on my bed for an hour. That book must have been the most emotional, beautiful and romantic thing I’d ever read. I loved it.

WSA: If you could tell your younger writing self anything, what would it be?

PN: Get your act together quicker! Ha! That sounds so harsh, doesn’t it! Honestly though, I wish I’d taken myself seriously as a writer sooner, because until I did I never really bothered trying to learn the actual craft of storytelling and writing. I simply bashed out manuscripts without taking the time to really understand and hone what I was doing. I think if I had taken that time to learn earlier, instead of thinking I knew everything already, I would have maybe been published a little earlier too.

But in the end everything worked out well for me, so I am happy with the process it took to get here, even if it was a pathway paved with many years of rejections and disappointments. I think most writers experience that same journey, and maybe it makes me care about what I am doing more, because I had to fight so hard to get here. 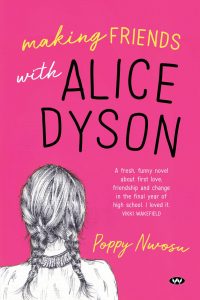 WSA: How did publishing your first book change your process of writing?

PN: I actually didn’t expect it to at all, but publishing my debut has definitely changed my process!

Maybe it is just the idea that now when I write a book, there might be an existing audience out there who will want read it, which is obviously not something I’ve ever had to think about before. It is both exhilarating and frightening! I do think that has made things a little bit harder, with a kind of pressure that stays in the back of my mind when writing, but it is definitely a wonderful thing too! I’d much rather have people interested in reading my work than not!

WSA: What’s the best piece of writing advice you ever received?

PN: Well this wasn’t given directly to me, but it always sticks in my head. I attended the Salisbury Writing Festival a few years ago and Adelaide author Jennifer Mills was speaking. I always remember that she said: persistence is more important than talent.

I thought that was such a wonderful piece of advice, and it has really spurred me on through the years to try and work harder to achieve my goals. It makes me feel like I could achieve anything I want, as long as I am willing to work hard for it, which is an encouraging idea.

WSA: What are you most looking forward to during your time at Varuna, the National Writers’ House?

PN: The idea of having the time to write without the responsibilities of daily life (and a job) getting in the way for an entire week just absolutely floors me. I am so unbelievably excited by this opportunity and cannot wait to get stuck into my current project at Varuna and see how far I can get during a whole week of precious writing time!

Varuna also looks like such a beautiful place, so I’m really looking forward to writing in an environment I hope will inspire me to try my best and work as hard as I can to reach my writing goals. I feel so grateful to have been given this opportunity. Thank you so much SA Writers Centre and Varuna!

WSA: How many unpublished and half-finished books do you have?

PN: Quite a few! Making Friends with Alice Dyson is my debut novel, but it is not the first book I ever wrote. In fact, it is the fourth full length manuscript I’ve finished. And I completed it five years ago (with lots and lots of tinkering since then). Within the last five years I have then written a whole bunch more unpublished novels, which are all young adult fiction, though some a little darker than others.

WSA: What does literary success look like for you?

PN: This is such an interesting question. For me I think it keeps changing, and it is really something that has been on my mind a lot in the past six months, in the lead up to and post launch of my debut.

In the beginning I felt like success would be to feel proud of myself when my book launched. Be happy and confident about the book I wrote that others would (hopefully) enjoy to read. I felt like that was a really good goal too, because external success is so beyond my control and I kind of hate getting stuck on lofty goals that I have absolutely no power to achieve.

I think that is why I have felt so overwhelmed by the response to my debut, which has been lovely. I really feel like after so many years of struggling as an unpublished writer, things have finally begun to shift for me this year, with a shortlist in the 2019 Readings Young Adult Book Prize for my debut and now this amazing opportunity to spend time writing at Varuna.

WSA: Who are your biggest supporters in this journey?

PN: My husband, Gus. He treats my writing like something really important, something that deserves my time. And he believes in me. All of that is a very precious thing. 🙂